A 24-year-old Kenyan lady identified as Winfred Nduku allegedly stabbed her two children, ages 2 and 6, to death, before attempting suicide after she had a fight with her own mother. 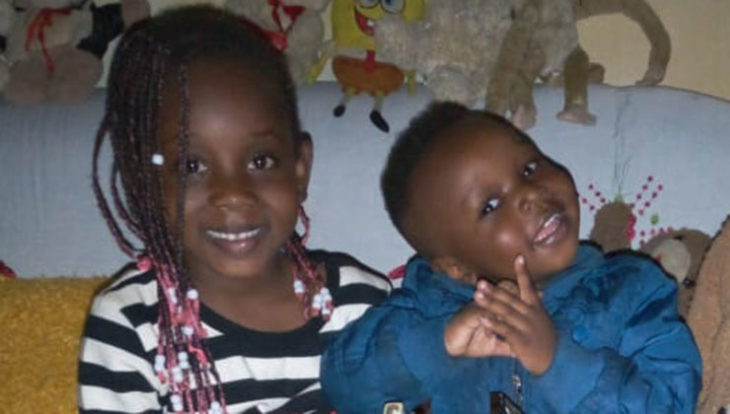 The Police disclosed that the incident took place at Winfred mother’s house in Kayole, Nairobi on Saturday night.

Confirming the tragic incident is a police spokesperson at the Kayole Police Station who spoke with Kenyans.co.ke, where he stated that Nduku was recuperating at Mama Lucy Hospital.

The spokesperson revealed that the incident was reportedly triggered by an altercation between Nduku and her mother who she lives with.

“She was seated right there playing on her phone when I asked her to first tend to the children and saw to it that they at least eat something, then she could get back to her phone.

“She kept on playing with her phone. I threw a cup of water at her and repeated my initial statement. She then threatened that she could kill her children and grabbed a knife and did it,” she added

After stabbing the children, Ms. Nduku allegedly attempted to stab her mother but could only manage to inflict some cuts on her right hand as they struggled before she was then overpowered and thrown out of the house.

The suspect also attempted to kill herself with the same knife, with her mother saying her daughter stabbed herself in the stomach but was quickly rushed to the hospital alongside her two children who both were pronounced dead on arrival.