A woman whose husband cheated on her with her friend was angered when she learned she would have to pay him $7,500, so she decided to get back at the system by paying the substantial sum in coins.

The woman who goes by the name Brandi Lee, took to Facebook to share how her former husband slept with his friend’s wife. 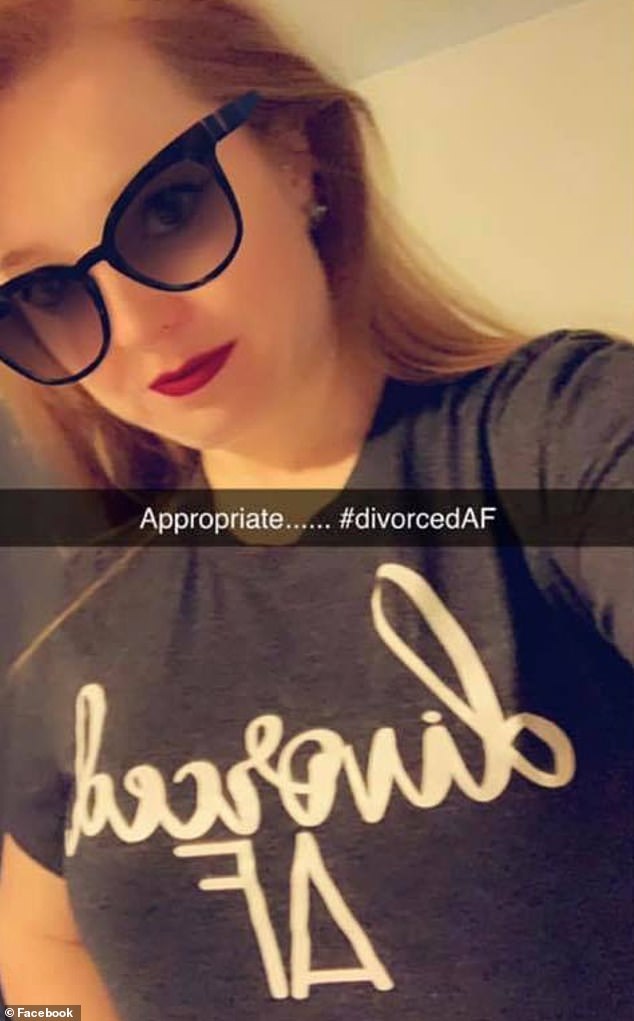 When Brandi was ordered to pay the cheating husband $7,500 by a divorce court, she said she wanted to teach him a lesson and ‘prove a point’ after he abandoned her with their two kids and two farms to tend to.

Brandi explained how she went to the local bank and informed the ‘beautiful little ladies’ about her plan to pay the money in dimes.

She said not only were the staff willing to provide her with $7,500 in coins, they assisted her with formalizing a payment plan.

‘I just wanted to prove a point that you probably should watch p**sing off a redhead and that whatever lucky gal he ends up with next…he thinks with the right head this time,’ she wrote on facebook. 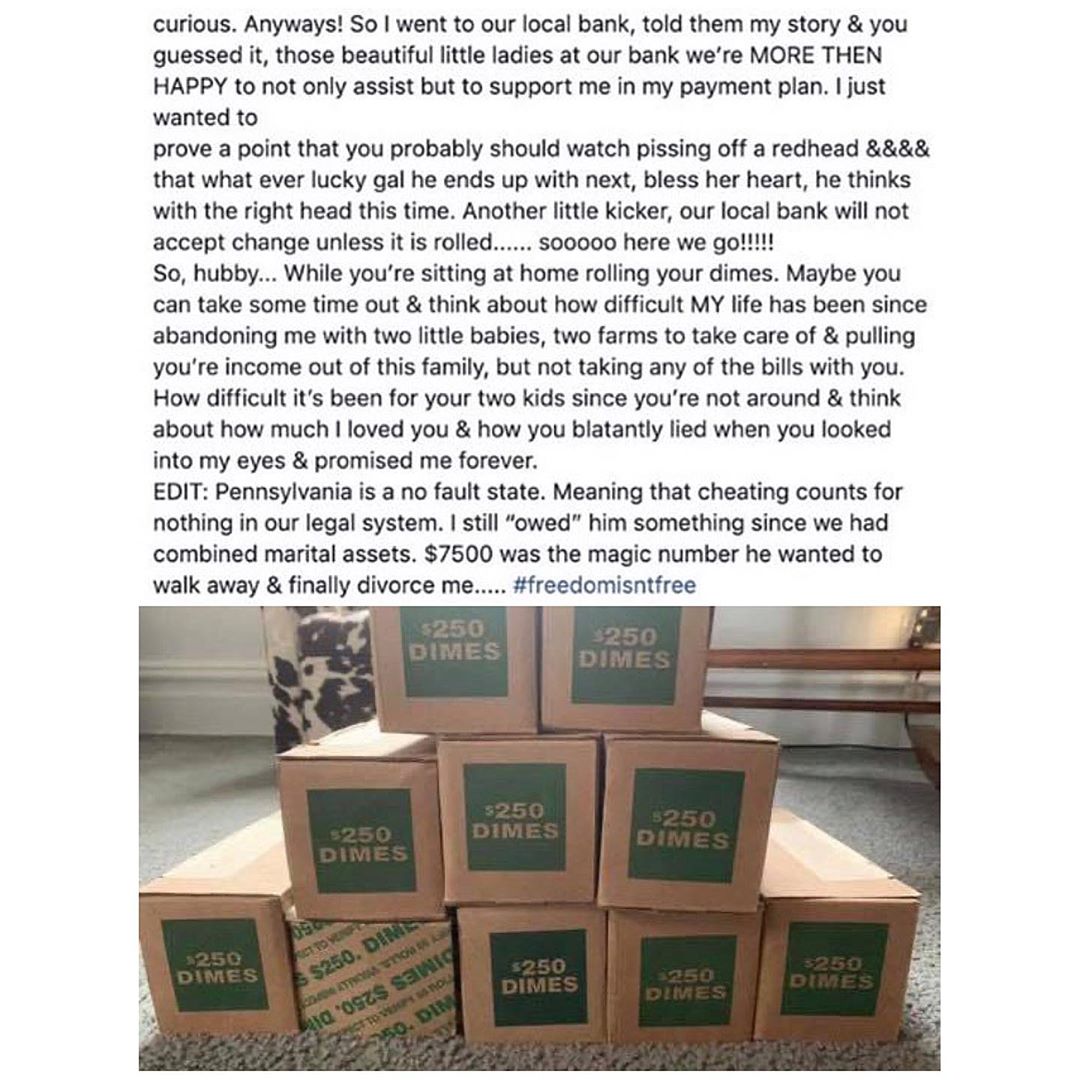 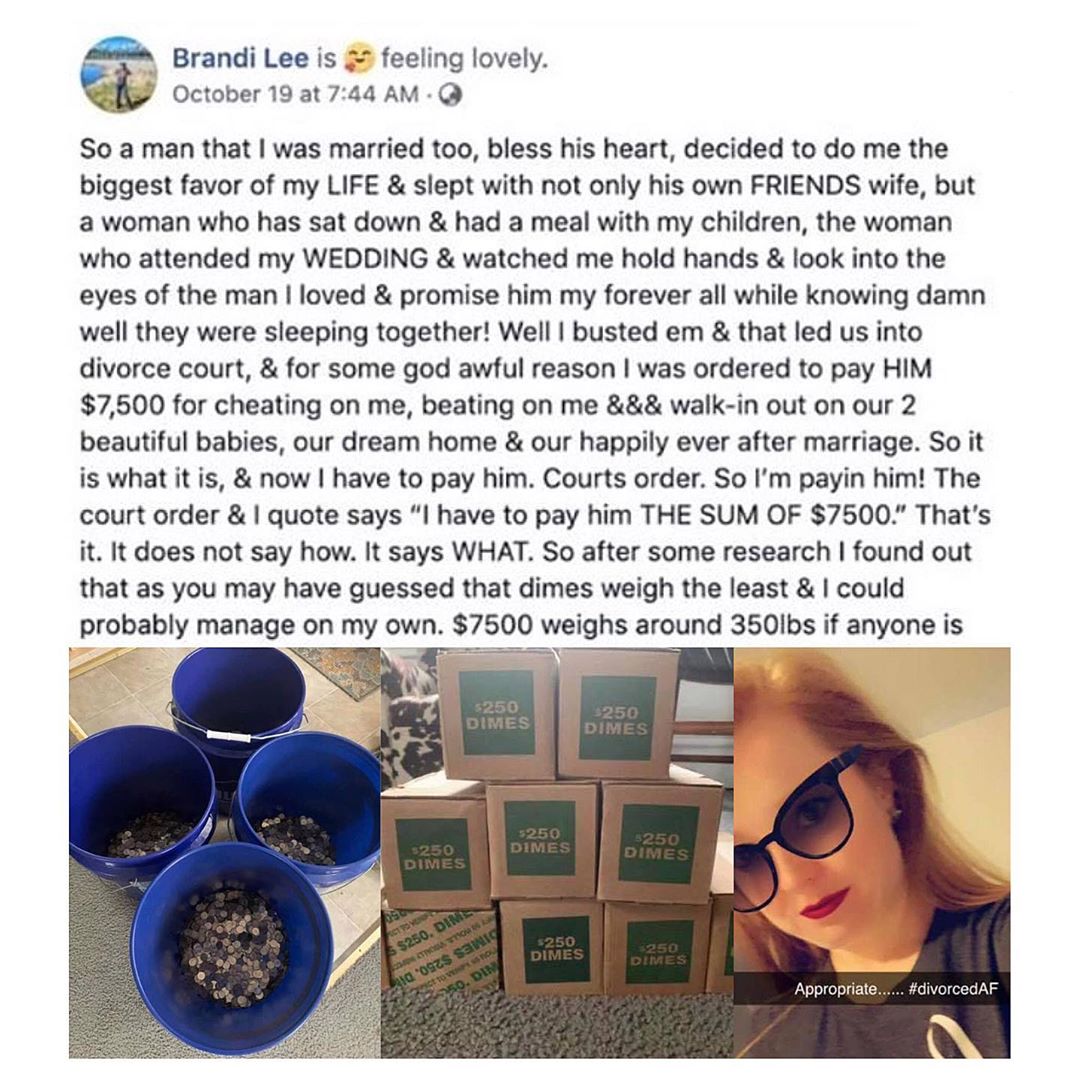