The mother who beat up her 2-year-old daughter and labelled her a prostitute after she caught a man raping her (See here) has been sent to a rehabilitation center for mentally challenged people by the Lagos state government and her two children taken away from her. 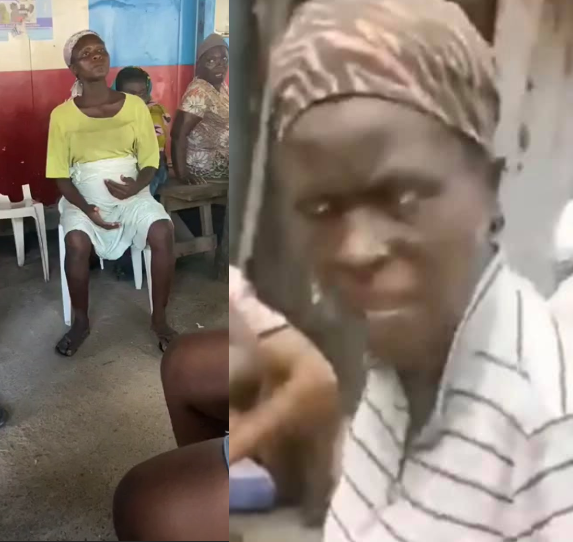 In a new statement released by the state government earlier this morning, the rescue operation was carried out by officials of the Ministry of Youth and Social Development after the video of the woman abusing her daughter was shared online by a resident of the state.

Explaining measures taken by the Ministry which led to the rescue of the mother and two children, Permanent Secretary, Mrs. Yewande Falugba stated that as soon as the Ministry became aware of the incident, immediate action was embarked upon to rescue the children at Oniru beach, where they lived with their mother, on Sunday, 7th of June 2020, through a combined effort of the Child Protection Unit of Ministry, Police Officers and the reporter who initially challenged the woman at Idumota.

She said the two children believed to have been abused, were taken for medical examination and treatment, adding that they are currently placed in one of the government-approved orphanages in the State for adequate care pending completion of investigations into the matter.

She added that the mother of the two children, who was discovered to be mentally imbalanced, has since been taken to the State-owned rehabilitation center for mentally challenged persons.