A lady has taken to her social media page to narrate how she met an accident victim writhing in pain on the road and how she rushed him to the hospital.

Aderonke Rene Ahmed, revealed that she was driving when she met the victim. He had been hit by a bus and at least 10 people surrounded him, but no one made a move to take him to the hospital. 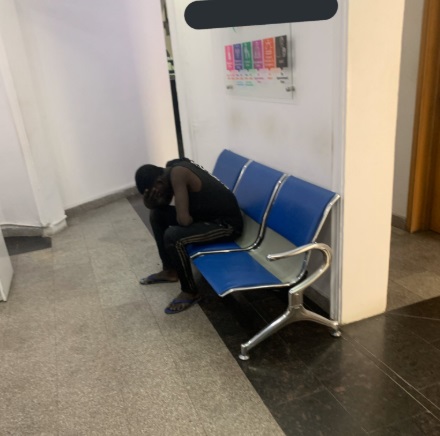 She said she rushed him to the hospital but the staff showed no sense of urgency, instead, they were more interested in her making payment, even though it was obviously an emergency.

She said she did the much she could and left when the patient said he was feeling better. 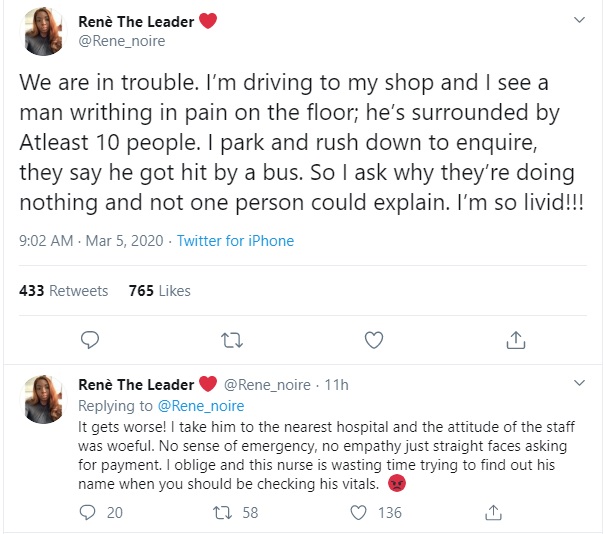 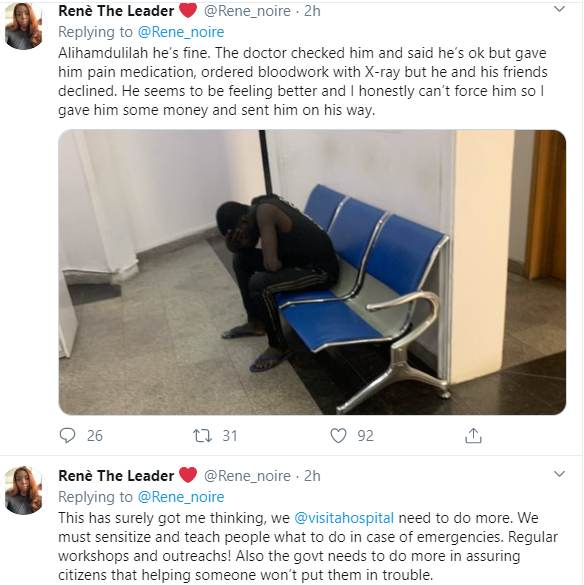