Former Super Eagles striker Yakubu Aiyegbeni has opened up on his much criticized open goal miss at the 2010 World Cup. 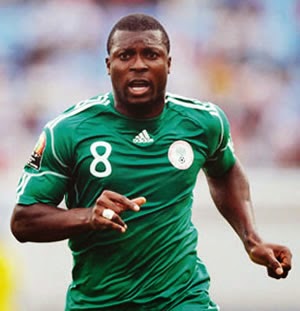 Aiyegbeni admitted that missing an open goal in the World Cup clash against South Korea ten years ago was the weirdest moment of his career.

Nigeria could have advanced to the round of sixteen if Yakubu had scored in the 66th minute in front of an open goal even though Nigeria lost their first two matches to Argentina and Greece and now the former Everton and Portsmouth striker says that moment was the weirdest of his career as he still gets insulted up till today because of the miss. 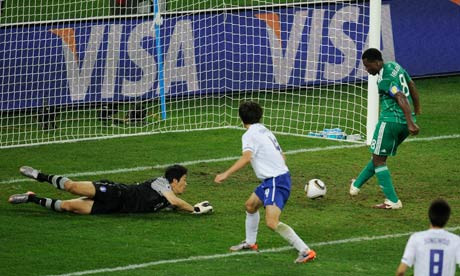 “I just ignore them, some of them are looking for attention. In football you miss chances, they are thinking about the miss, they are not thinking of the joy you bring to people’s lives when you play.

“Growing up watching Amokachi was something nice, I call him sexy big brother. He’s a nice guy. He was the assistant manager of the national team as well when I was in the national team, so it was an honour to be with him in the same team, we didn’t play together there, we were very close.

“Watching him on TV, the way he bullied the defenders, the way he scores goals, you can see the smile on his face and the dedication is there.

“Watching him, Kanu and Jay-Jay is unbelievable,”