To buttress his point that he’s really close to his late mother. Actor, Yomi Fabiyi has said that he and his mother share same toothbrush.

According to Yomi, his mother used to share his toothbrush when she was living with him, when she couldn’t find hers. 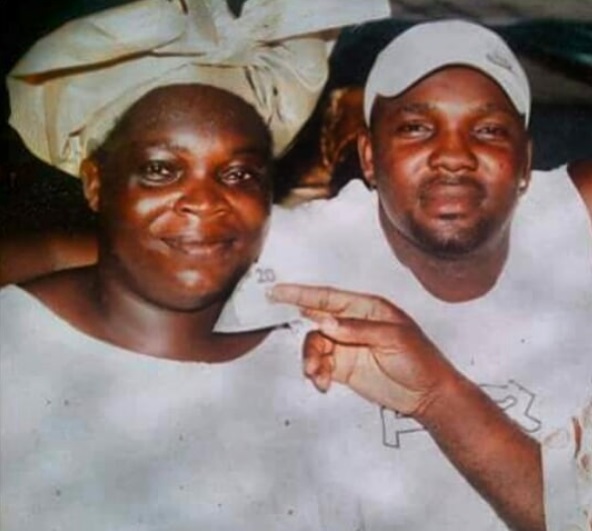 He said sharing toothbrushes was his way of “physical bonding” with his mum and “my way of worshipping my mother.”

He added that after his mum passed, he continued using her toothbrush for another year. He went on to reveal how much he hurts from losing her. 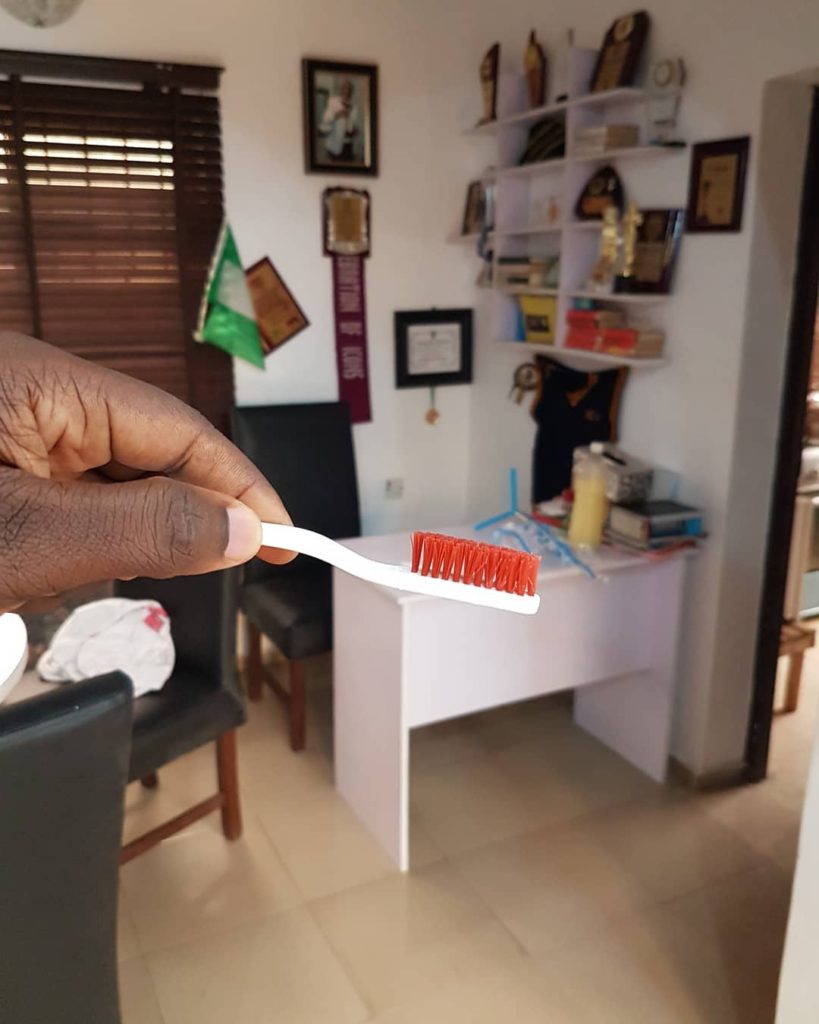 My LATE MUM’S TOOTH BRUSH. Practically I used this brush for another 1 year after she passed on.

When she was alive and living with me. If she misplaces her BRUSH, I simply ask her to use mine. As an adult, that was one of the things I have as evidence of physical bonding with my mother, my way of worshiping my mother. I miss my mum and it will take a lifetime to get over the pain.

I wish all good mothers live forever or a little over 80yesrs before anything death. No better investor, loyalist and backbone better than MOTHERS.

Let me use this medium to appeal to those who have their mother’s tombs in sight. Saw some tombs at thr cemetery and look like their children didn’t know it is destroyed, untidy or practically abandoned. Going there to pray and say some words once in a while especially during anniversaries can be impactful.

The TOMB know the truth and stand by the truth than any other. Consult it when in tight corners, just be honest with your supplications. 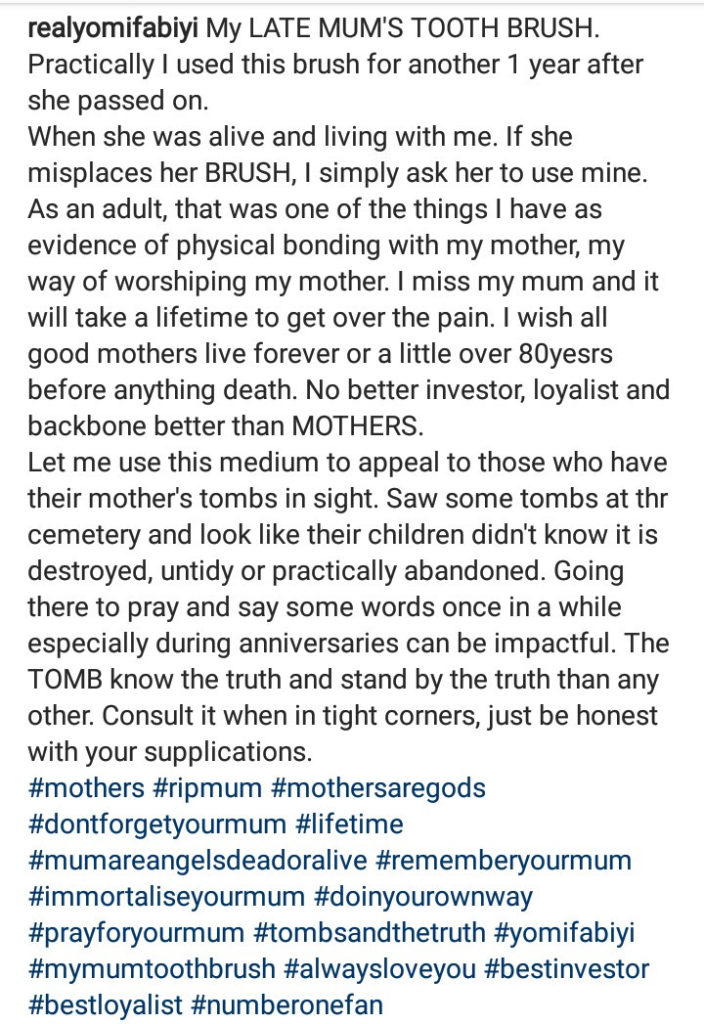