Barely two weeks after a suicidal man was stopped while attempting to jump off the 3rd mainland bridge in Lagos, another man has been saved from taken the drastic action.

The man who was taken to Adekunle Police Station before his family was contacted, was talked into giving life another chance by the police officers.

“About an hour ago RRS officers on 3MB prevented this man from jumping into the lagoon. The officers talked him into giving life another chance before taking him to Adekunle Police Station for his family to be contacted,” RRS shared on their official twitter page. 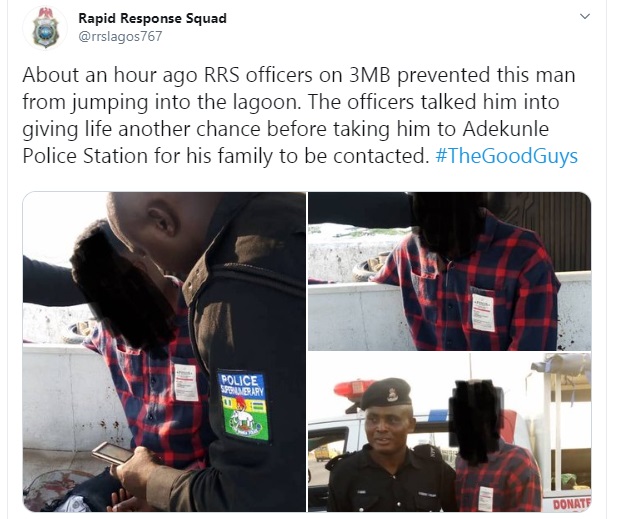