Big Brother Naija 2019 housemate, Jackie Madu has fired shots at her co-reality show star, Omashola, after he subtly shaded her. 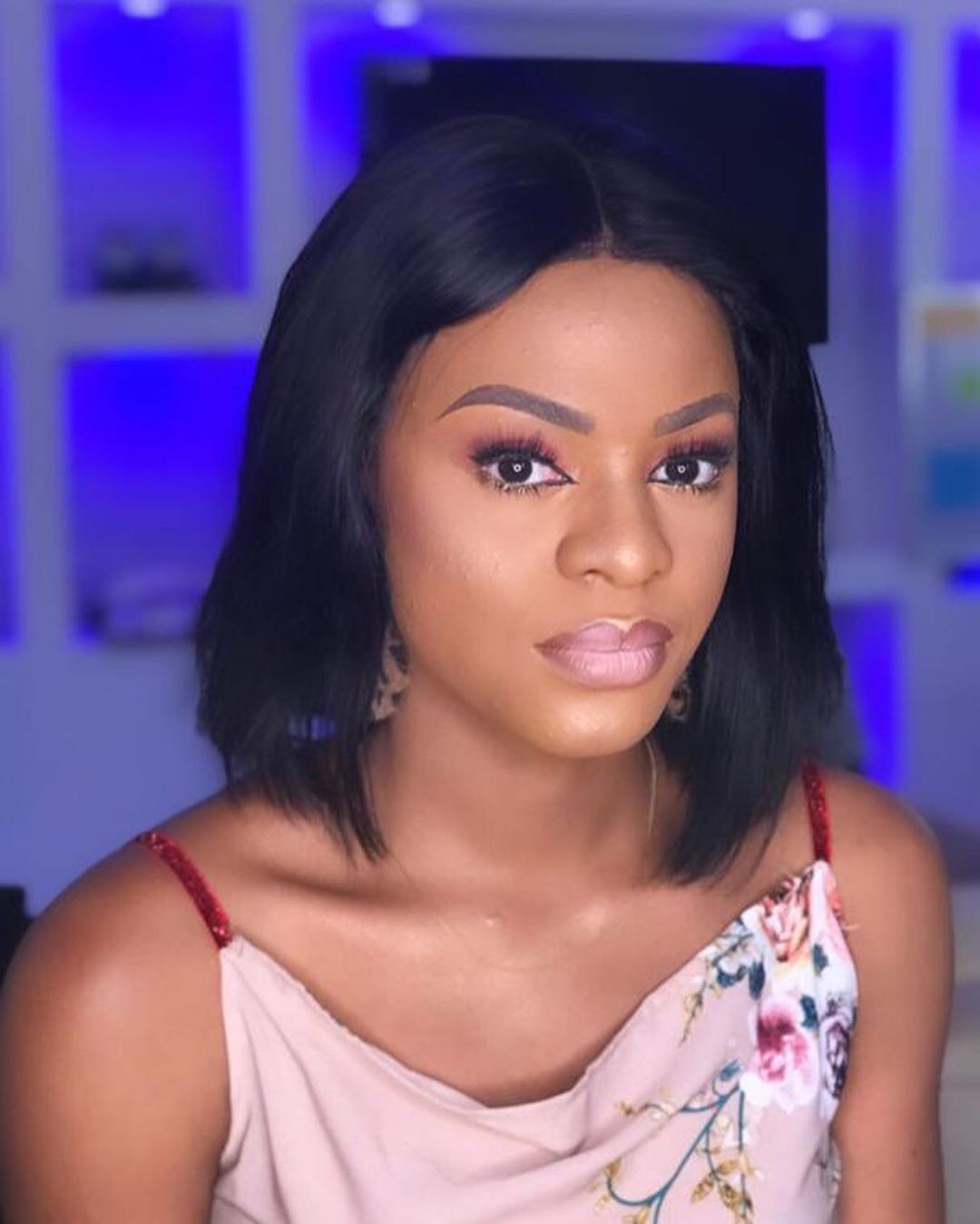 Omashola had taken to the social media platform to advise people who work like “jackie” to take out some time to spoil themselves. 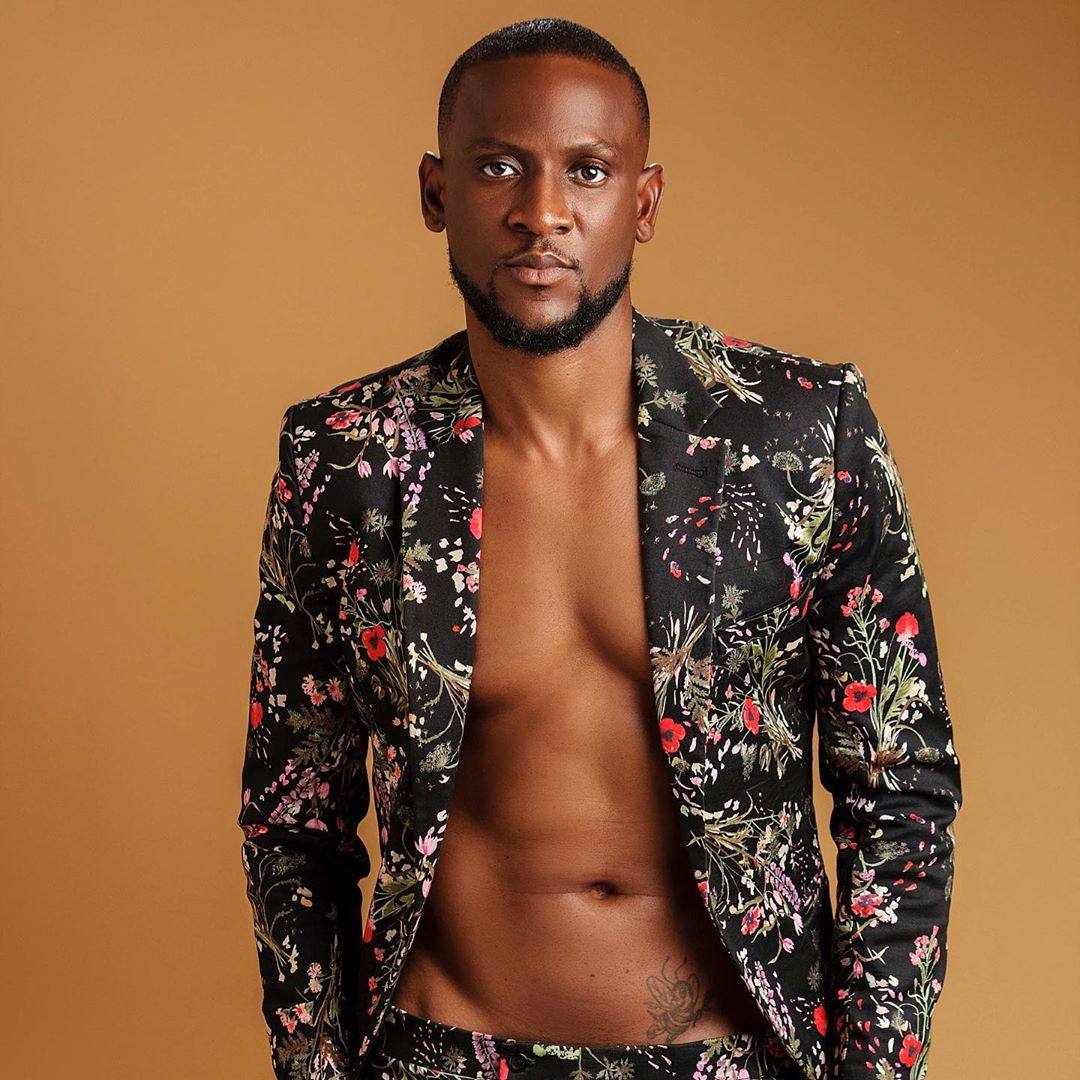 Sometimes spoil ur self , no be every time you go they work like Jackie.

However Jackie who felt he was referring to her, alleged that he hasn’t made 5% of the profit she has made in February alone since they all left Big Brother Naija. She added that he will end up as a 40-year-old man with no wealth.

She tweeted in response;

To be the gr8tst u’ve 2keep working, innovating & creating valuable solutions not wasting ur time balling, u’ll end up as a 40years old man with no wealth. PS: u haven’t made since u left bbn 5% of profit I’ve made this February on a project #techmoney #noiseless #checkthestats 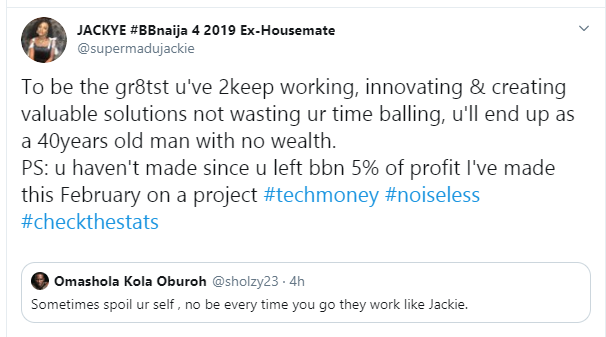