A guy has been hailed, “Onitsha Fire Hero”, after he did some good deeds’ during the Onitsha fire at Ochanja Market in Onitsha, Anambra State. 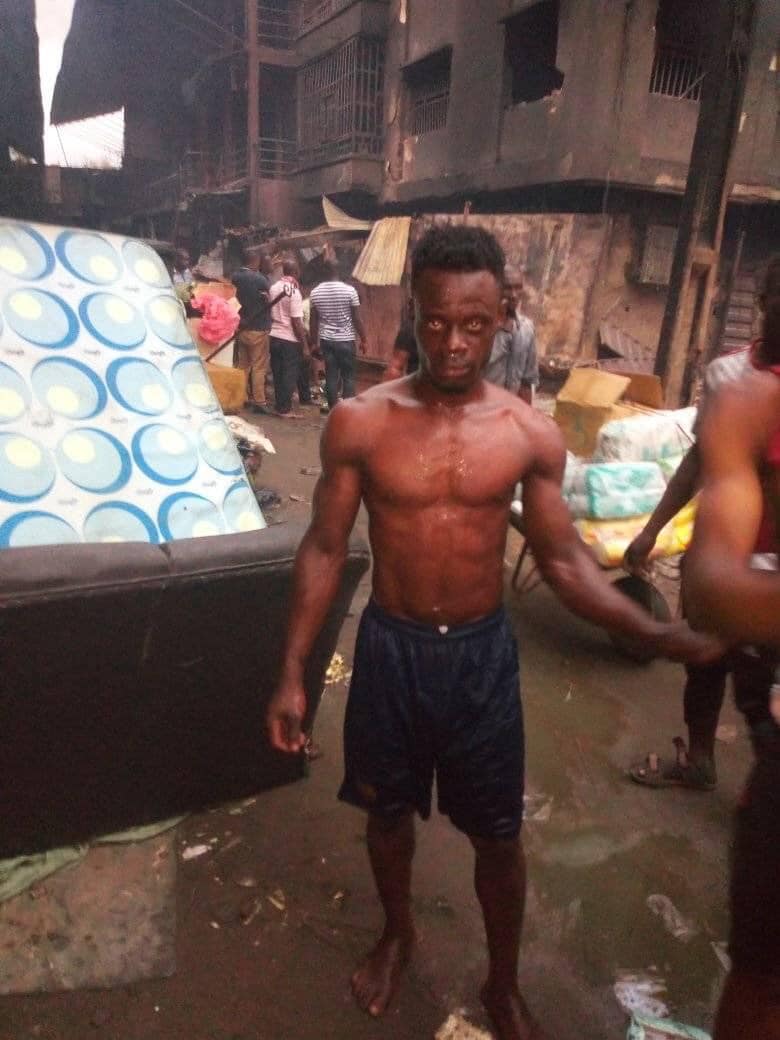 Ebube Edochiem who interviewed the young lad, who identified himself as “Ekene Iwuoha” wrote;

Today is 17/10/19 evening at Ochanja market, the Fire is still burning.

I interview a guy everyone there says he is the Hero of the Hour, he was the guy that Removed the dead man that was trapped inside the shop, he was the one that climbed the shakky building that was about to collapse and retrieve people goods, some thoughts he is gone but he resurfaced before people assisted him.

He is the Guy on this picture, he said his name is Ekene Iwuoha.

If People can Celebrate Tasha of Big Brother, why not Give this Guy A warm Celebration.
He difile the Job NEMA failed to render , he gather Courage to move in the Building and retrieve people goods.

In France Last year , A Guy was celebrated and Honoured by the French Government because he rescue a Baby from Fire Building. 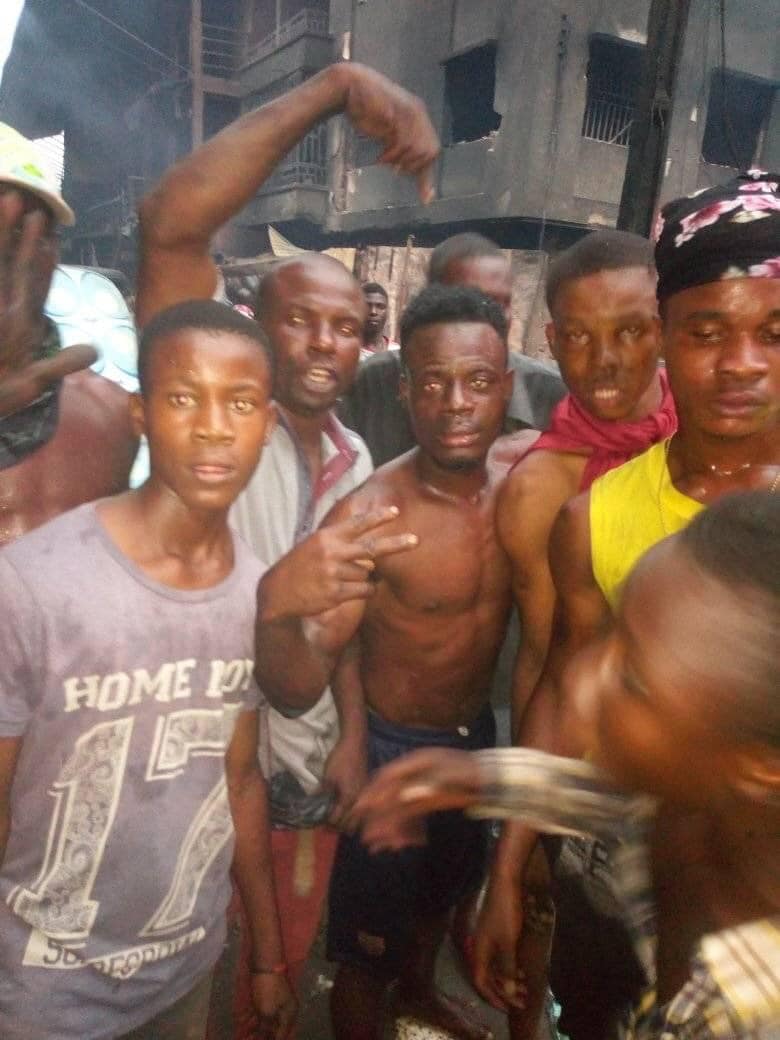 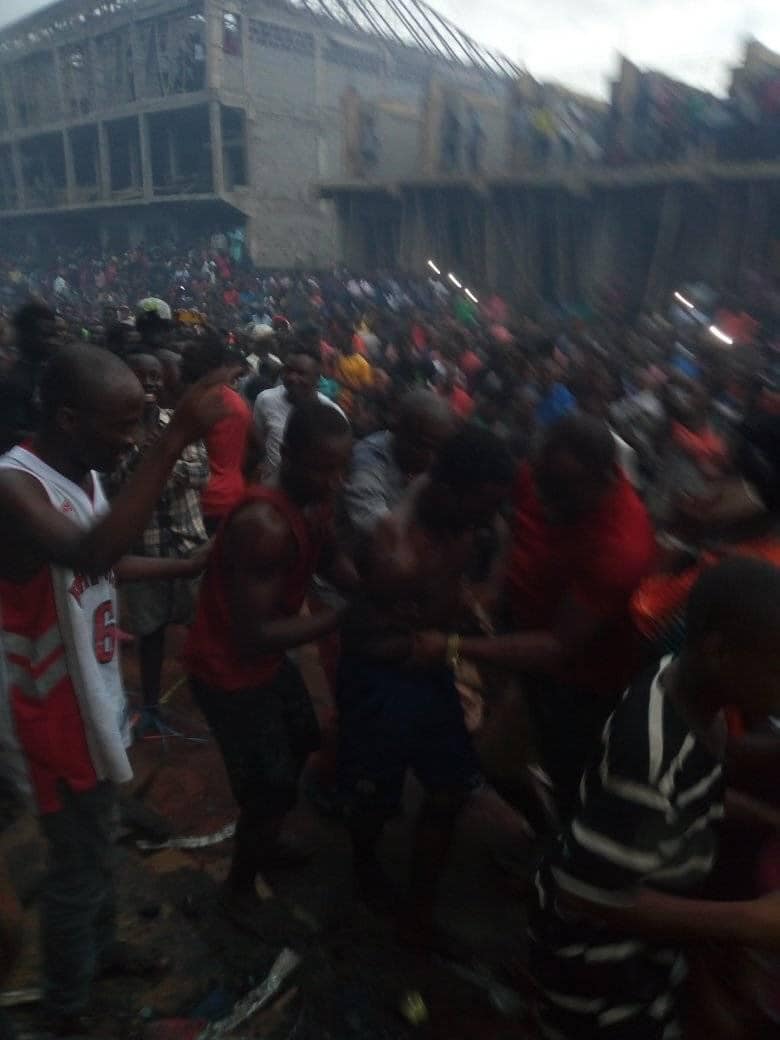 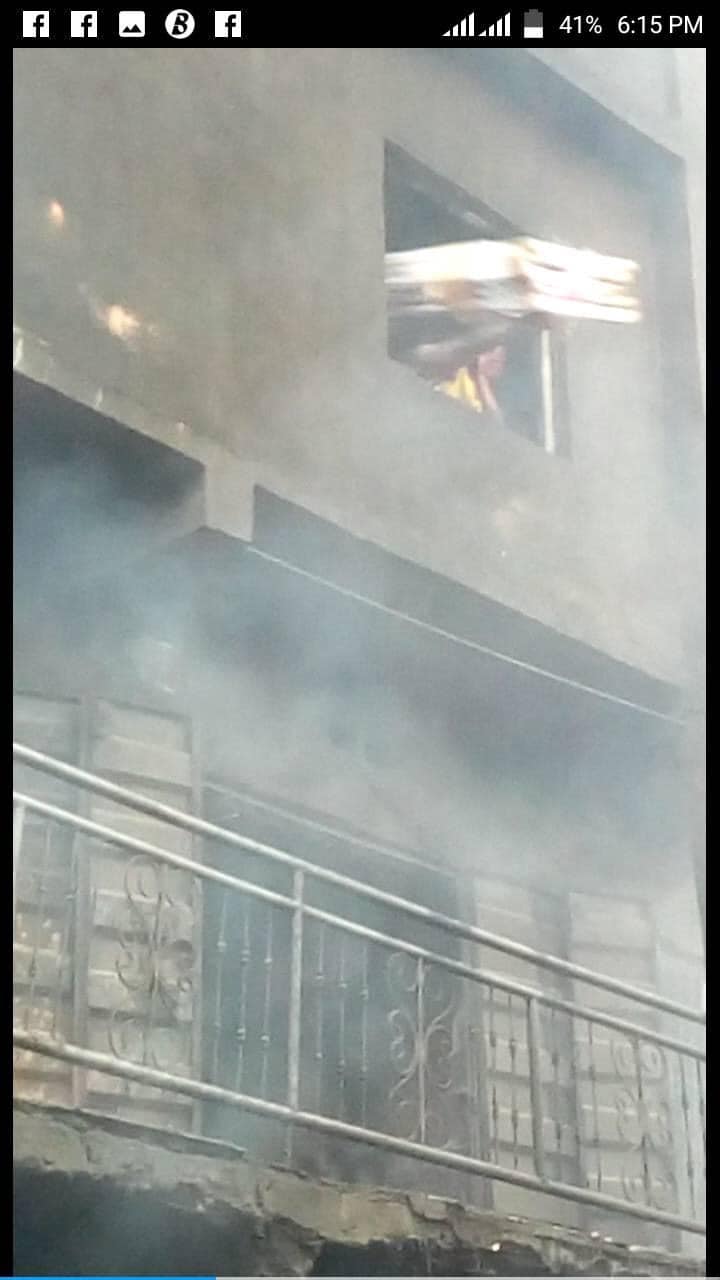