A day-old set of twins were found dead in a gutter at Elikpokwodu in Rukpokwu community of Port Harcourt, Rivers State capital after they were reportedly dumped by their young mother. 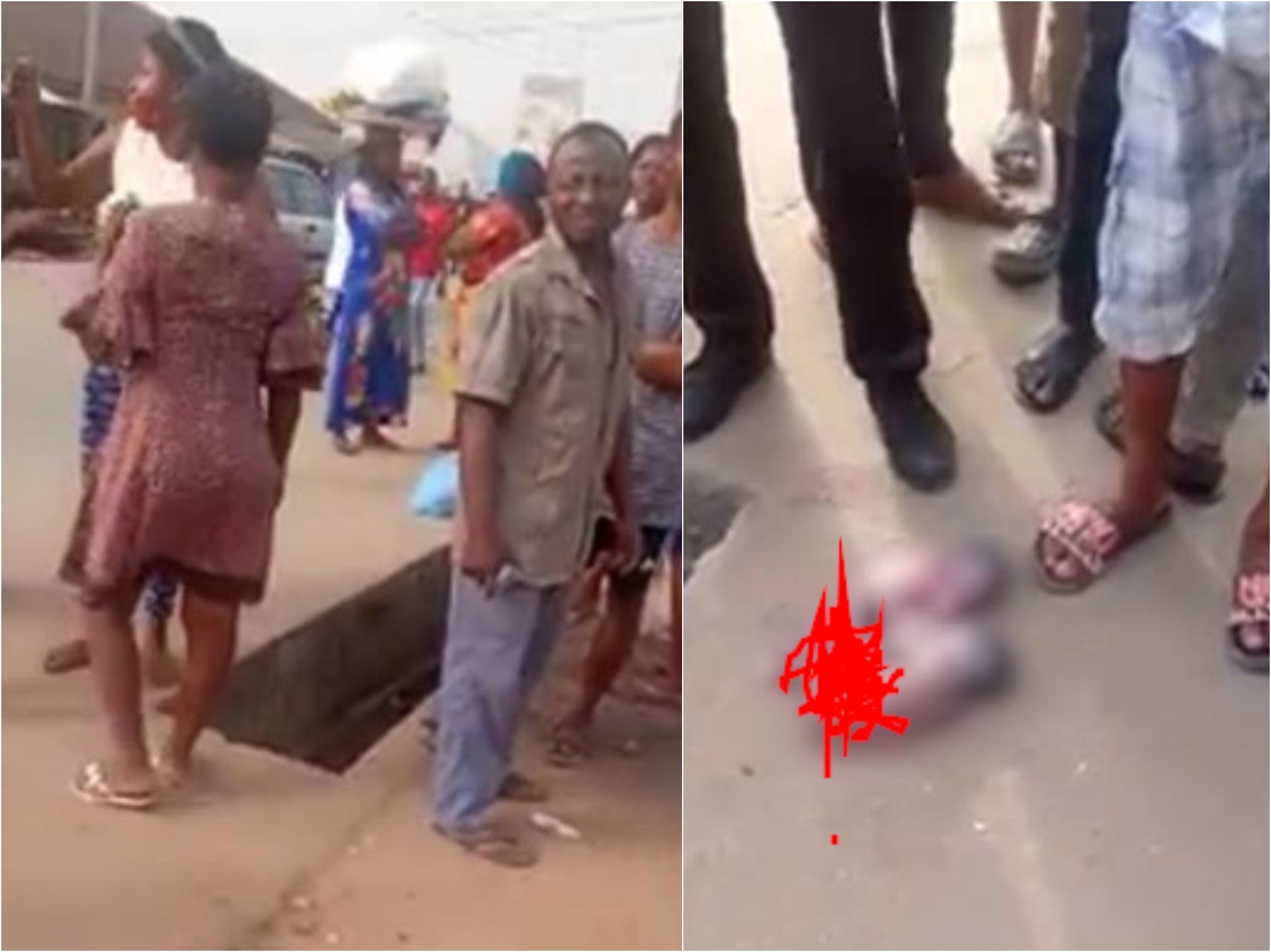 Ogbonda Godfrey Nyemovuchi who is from the community shared the photos on social media and wrote:

This evil act happened in my village in Rukpokwu town in Elikpokwodu community.

A young girl gave birth to this beautiful twins last night and dumped dem inside the drains early hours of today..Rip innocent soul..let death locate the bastard of a girl before the end of this 2020 and let it be a miserable one. 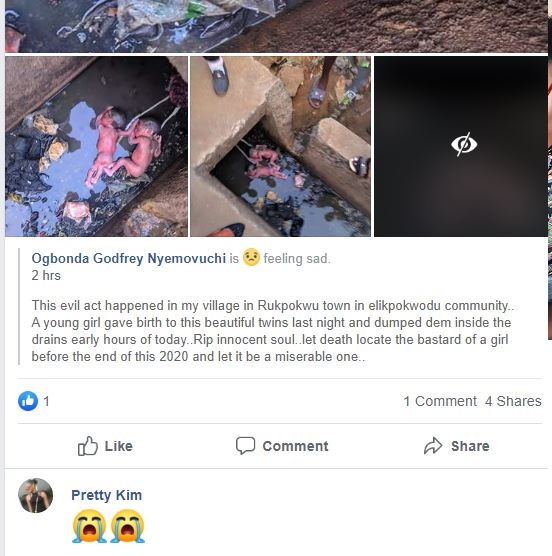 Meanwhile members of Elikpokwodu community in Rukpokwu, Port-Harcourt, Rivers State, have launched a manhunt for the yet-to-be identified girl.

The community woke up today to the sight of the twins inside a gutter. It is believed that they were abandoned overnight and killed by cold. Their corpses have since been evacuated. 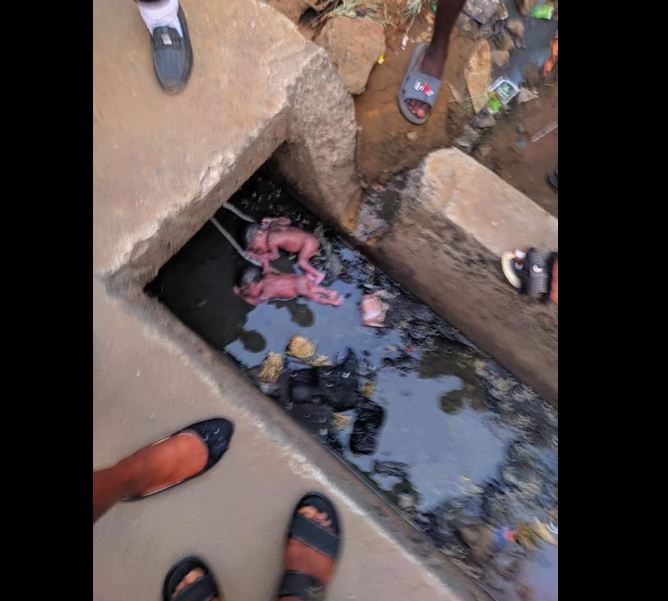 Lady shares video of her friend’s father she slept with as payback for sleeping with her boyfriend
Please Share this:
AD: How I make N225,000 Naira From the Internet Every Month