A young man who has been identified as Powei Cyril narrowly escaped banishment from Igbedi community in Kolokuma Opokuma local government area of Bayelsa state for stealing solar light battery. 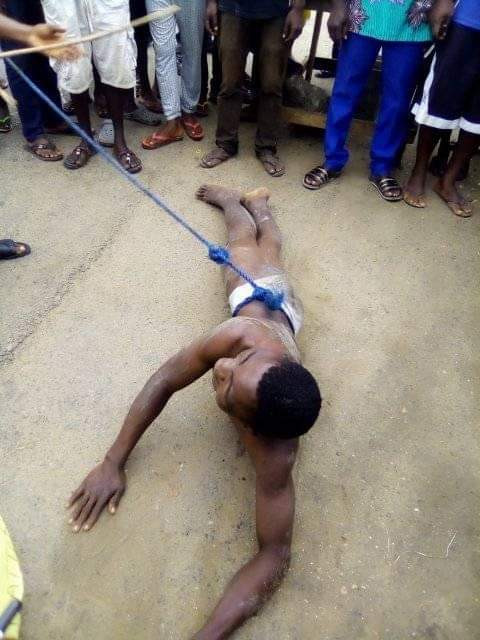 The suspect was nabbed carrying out the criminal act in the early hours of Tuesday at Royal Fm road, Agudama Epie by some vigilant members in the community. 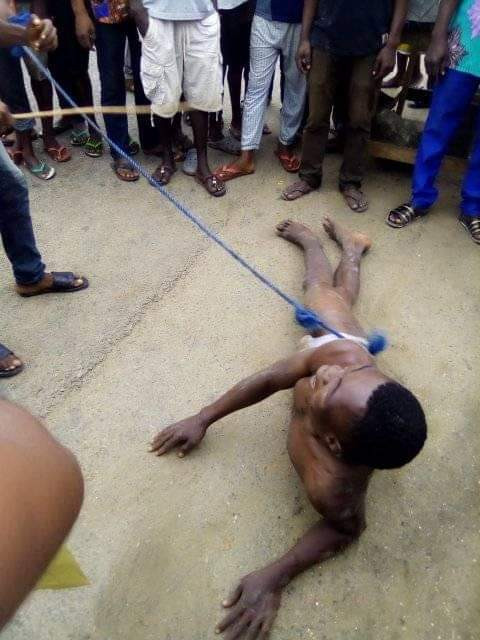 He was subsequently stripped down to his underwear, whipped with 50 strokes of cane and paraded around the community with a placard inscribed with his name and “profession”.

According to a youth leader, Titus Asuevieme, the suspect wasn’t banished because it was his first criminal offence. 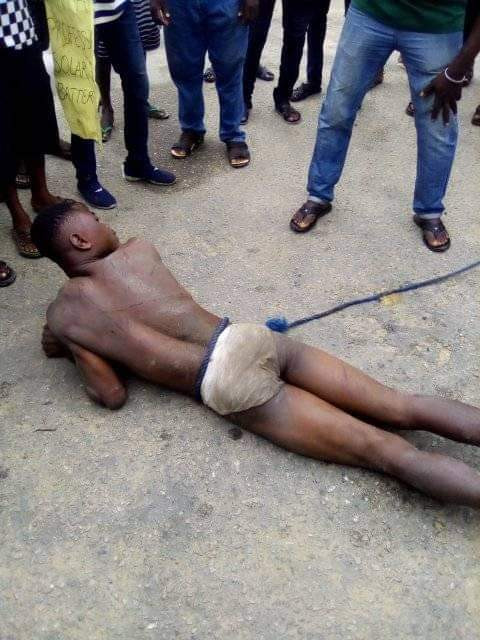 “This guy,Mr powei Cyril from igbedi community in kolokuma opokuma lga, residing in Agudama Epiewas caught stealing solar light battery in Royal Fm road Agudama Epie around 4:30Am he was given 50 strokes of the cane,he is not banished from the town cause this is he’s first criminal case,he has been”

Continue with the photos below, 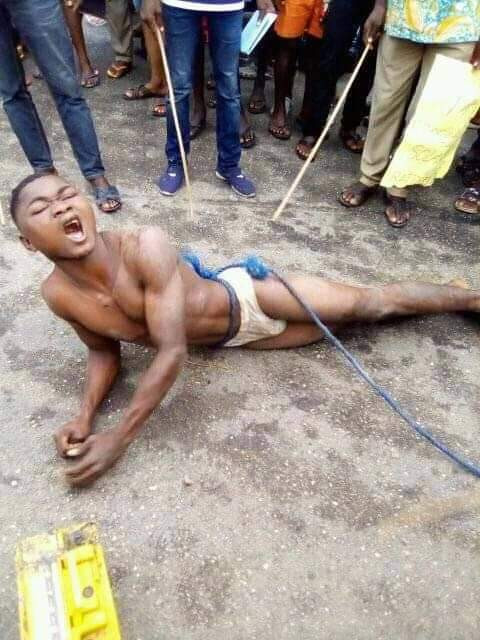 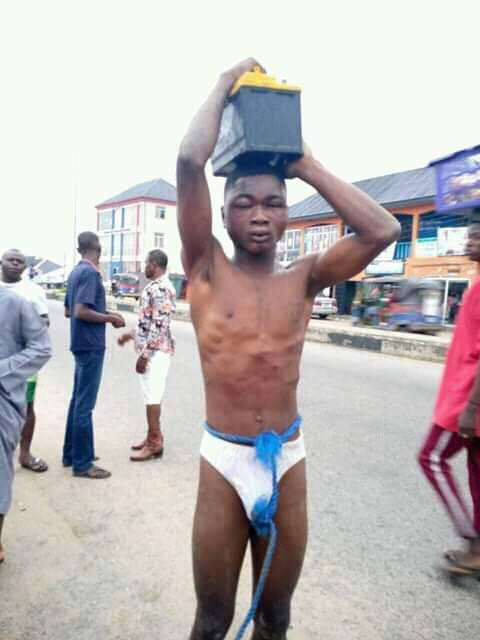 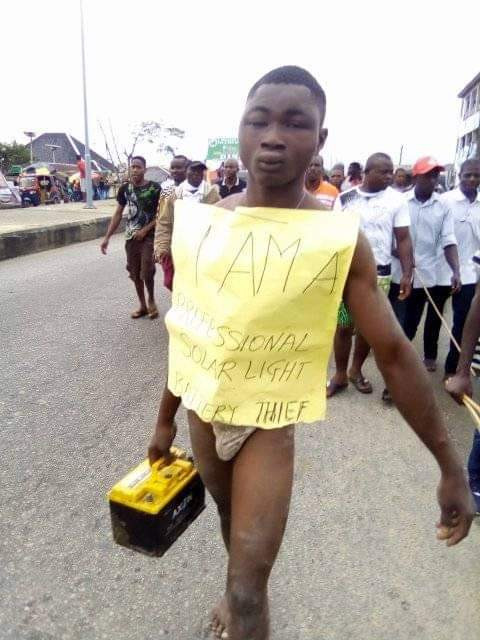 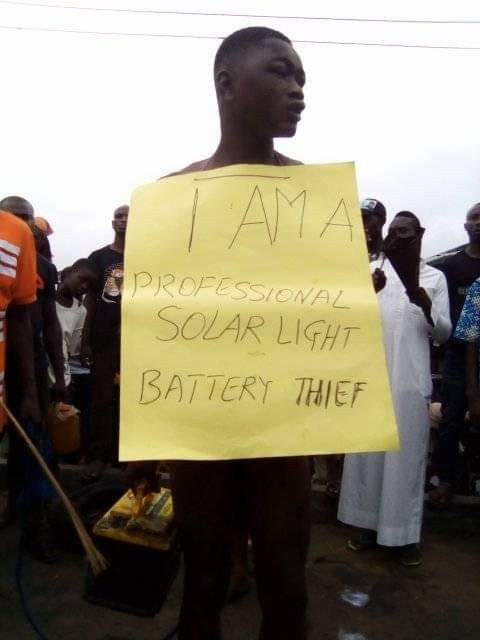 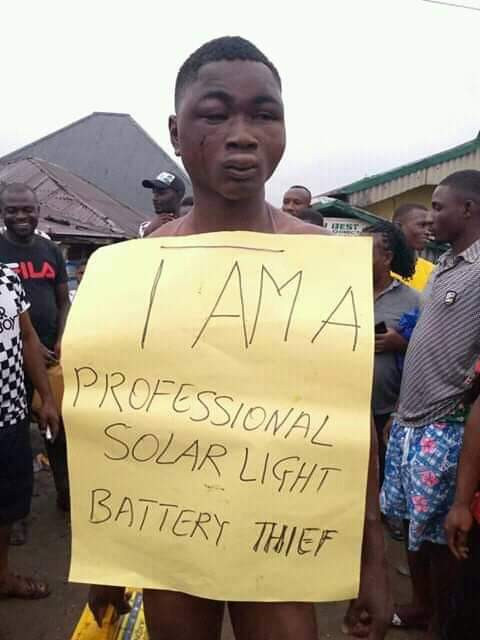 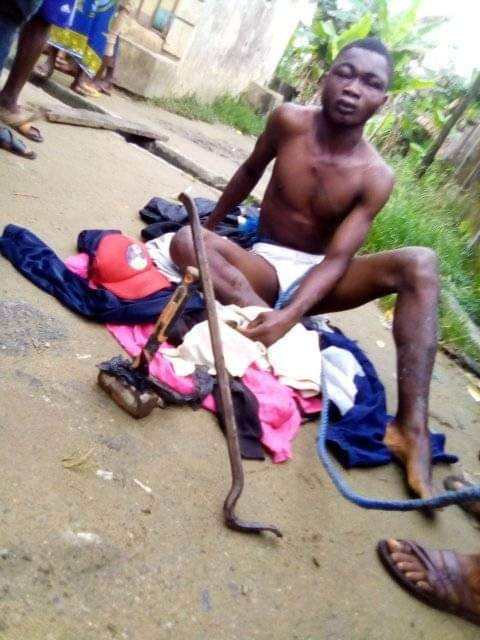 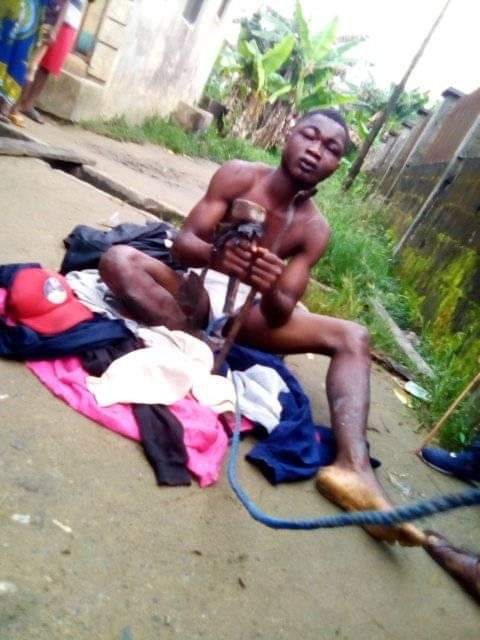 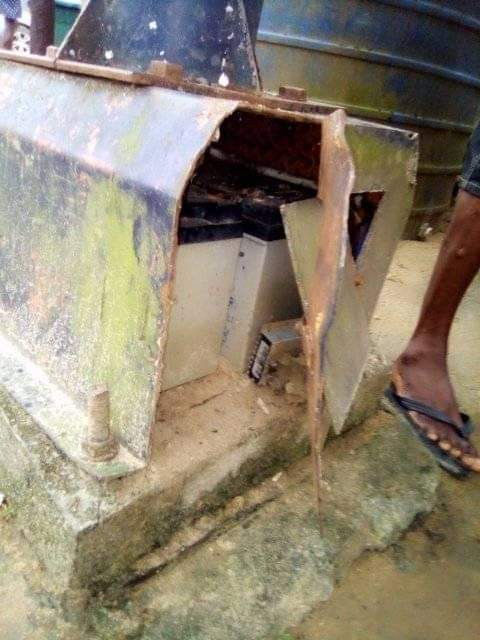 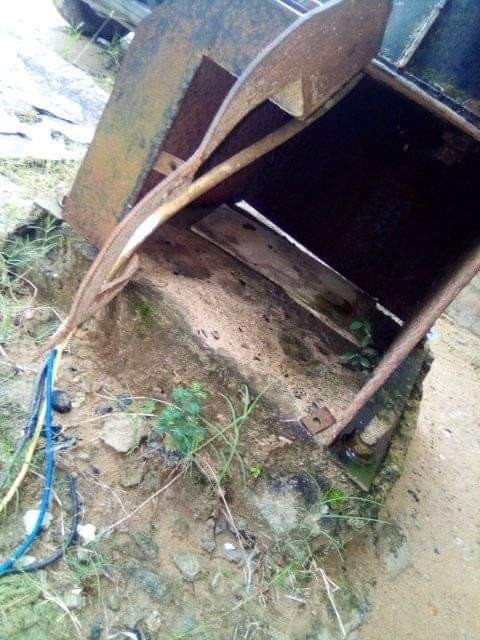