Nollywood actor, Adeyemi Okanlawon got into a nasty exchange with an Instagram troll who tried to correct his choice of words as he sent a birthday shout out to media personality, Toke Makinwa. 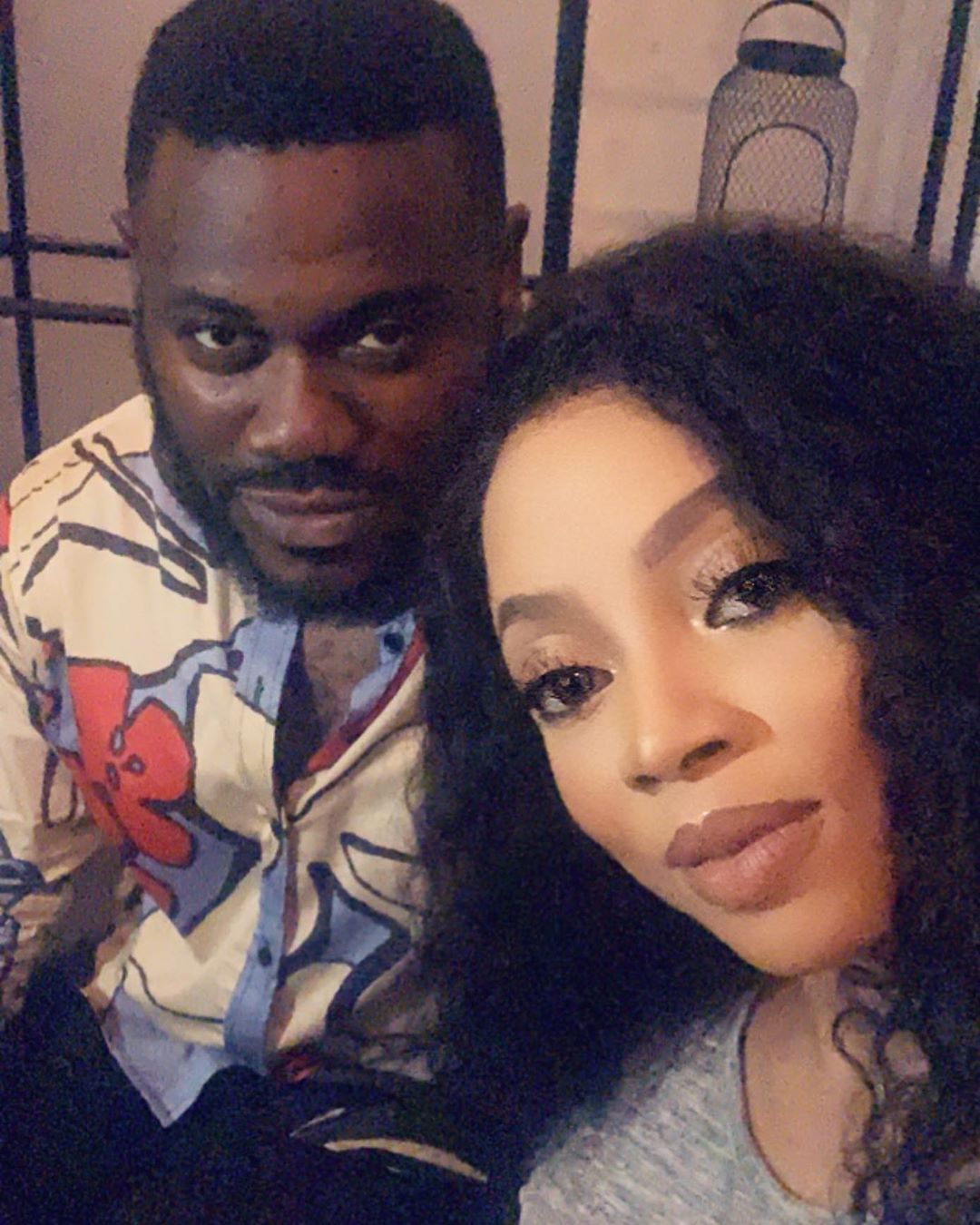 The troll turned into a ‘grammar judge’ and decided to make a quick correction, saying ;

Nothing like next few years sir. U mean ”few” so she has little years abi?

Sigh, your illiteracy is shameful.

Read the rest of the exchange Below: 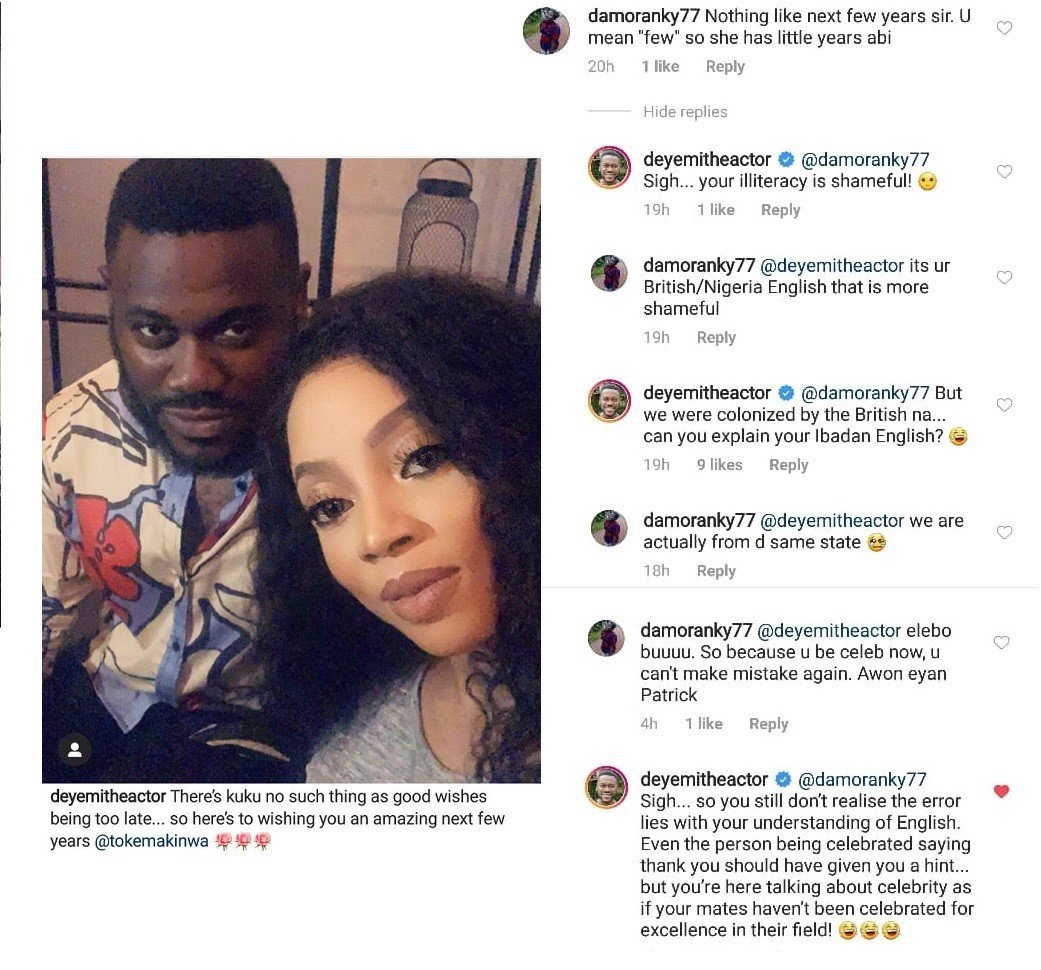 He is best known for his roles in the TV Series Gidi Up and An African City and featured in Movies, If Tomorrow Comes and Road to Yesterday as well as his cameo appearances in a number of Nigerian music videos including No be You by Waje and Soldier by Falz The Bahd Guy.