2Face Idibia’s biological brother, Charles Idibia has dragged Blackface in the mud following his incessant attacks on the popular singer. 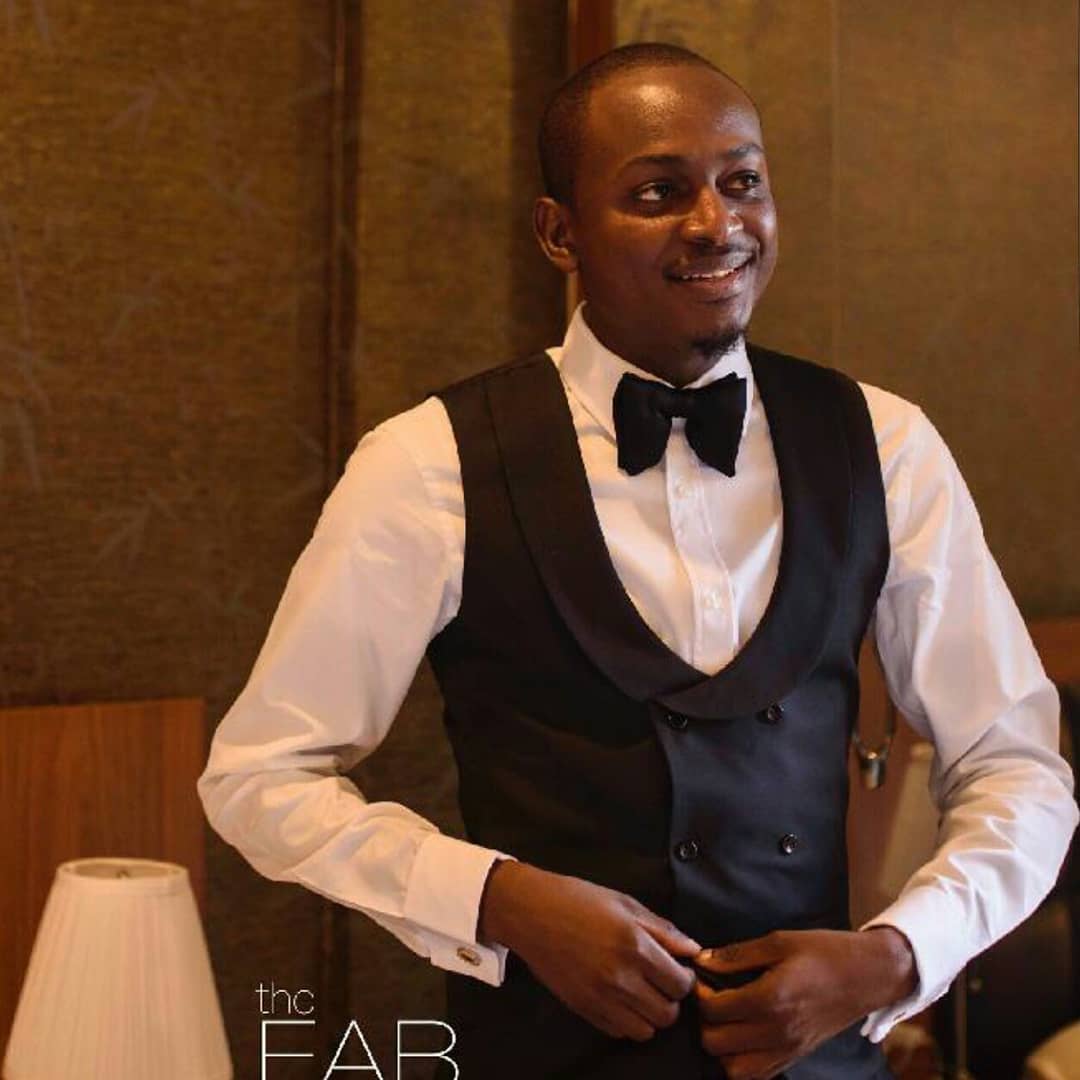 Blackface and 2face used to be members of sensational music band, Plantashun Boiz before the group split up because the latter wanted to pursue a solo career on the platform of Kennis Music in the early 2000s. However, there has been a silent beef between the singers. 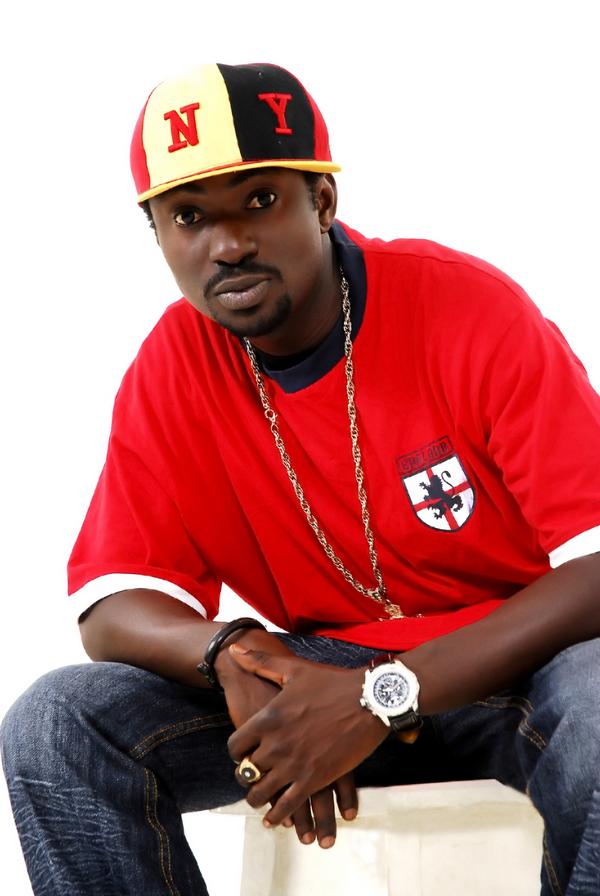 The most recent was when Blackface called out 2Face for failing to inform him about the death of his personal driver, who happened to be a mutual friend.

“I hope you know you are a few minutes from running stack naked on the streets and singing your dead meaningless songs. Where were you when 2face housed and took care of oga benny for over 12years?

2face old time driver died now you have something to run to social media with, you are just pitiful faded wasted artist clinging to your last dieing ember of 5minute attention.
You will never tell people how 2face paid your house rent for years until you spent your own paid house rent from 2face on flex and you were kicked out of the house.

“Your uncle who housed you in festac died, what did you do? When last did you visit your own family? Do you even ever have Oga benny’s phone number? Your obsession with 2face will be the death of you, fucking idiot. [I. B].”

Read Also:  “I support her 100%” – Dancer, Korra Obidi’s husband replies follower who asked how he feels about his wife going ‘naked in public’ 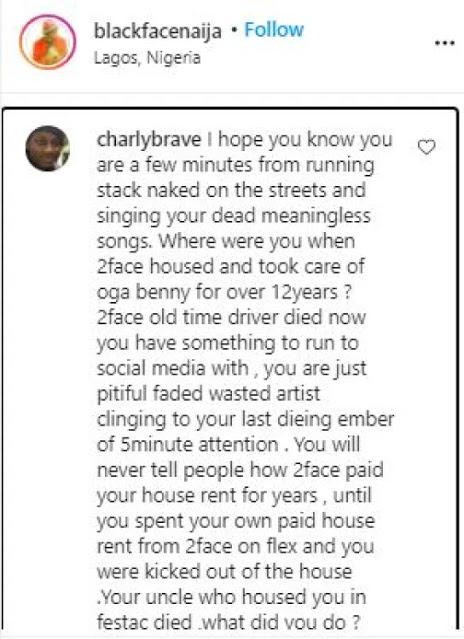