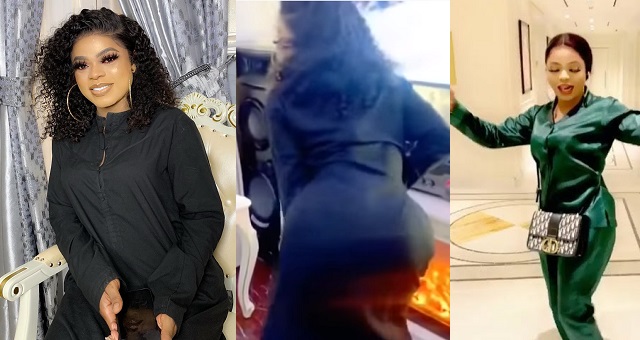 Popular Slay Queeng, Idris Okuneye otherwise known as Bobrisky has returned to the country from his lengthy time away in Dubai.

Bobrisky who underwent Plastic surgery for buttock lift in Dubai could not contain her joy he made sure to show off the results from the surgery.

Your queen 👑 is in Lagos

Bob recently reacted after his bestie, Tonto Dikeh was busted over fake life.

Recall that Tonto Dikeh recently posted a photo of herself addressing an audience, and Nigerians slammed her for faking it as a glass revealed that no one was present at the hall.

Reacting to this, the male barbie wrote;

“Everybody keep labeling celebrities living fake life. Fake life dis, fake life that…..kindly FAKE your own too now if its that easy. Shuuuuuuuuuuuu”