Wife to Billionaire, Regina Daniels-Nwoko is currently in a hospital in Germany following reports that she fell ill…. but her friends who were beside her ‘sick bed’, believes she still looks glam, even while being hospitalized.

Yesterday, a few IG blogs reported that Regina was rushed to the hospital after she fell ill, but it appears in the new year, as she tried to make a new year video for her fans across the world. 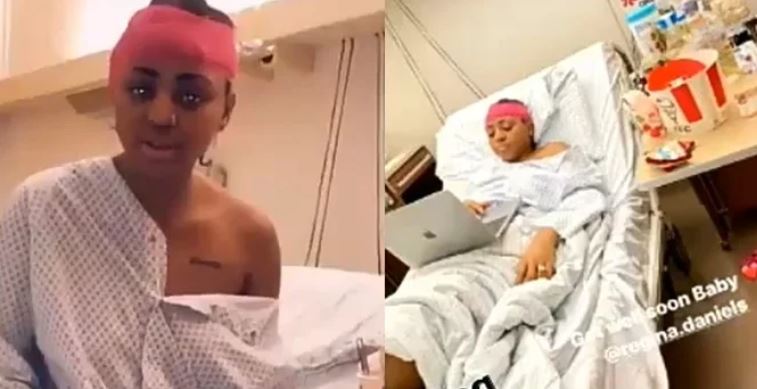 But rather than allow her make her video in peace, her friends began to tease her and one even stated that she still looks sexy despite being sick.

Regina Daniels friends tease her that she’s still sexy, even in the hospital 😅 pic.twitter.com/7Kv0BGvNA8