Nigerian singer, Solid Star has called out his former label boss, Ossy Achievas who he accused of always wanting to see him sad.

Solid Star in his Instagram post stated that he has been good to his former label boss and his family, even though he always wanted to see him sad. He added that the tables will turn at the end.

I’ve been nothing but good to you and ur family from day 1, but you want to see me sad, the table will turn at the end @ossyachievas 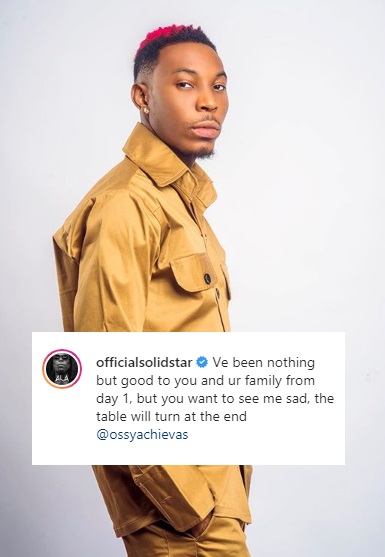 Osy Achievas on his part, fired back at Solid Star and alleged that the singer did not generate 10% of the N100m he invested in his career in the 10 years they worked together. He also disclosed that the singer is owing him even though they parted ways peacefully in 2017.

Mr Joshua Iniyezo Solidstar,I know you missed me so much… my Midas touch on your career I discovered you in 2007 and you lived with me for 2 years without a contract…your welfare was my responsibility,in 2009 you signed your first pro contract…in 2014 you signed another contract that expired in 2017… We parted ways peacefully… Now let’s figure out who is owing the other

1. I invested over 100m in 10Years and your whole bookings for 10Years didn’t generate 10% of the invested amount

2. The car you got from ACHIEVAS on higher purchase for 15m…we deducted a little above 2m and I learnt you’ve sold the car without completing payment… it’s a criminal offense and we can decide to take actions.

You are like a house I built and I won’t want to bring it down but threat to my life I won’t take likely…. any more pimm I go change am….. Please if you love him and you are close to him..watch him closely…I think he is suffering serious depression and Amnesia of the brain 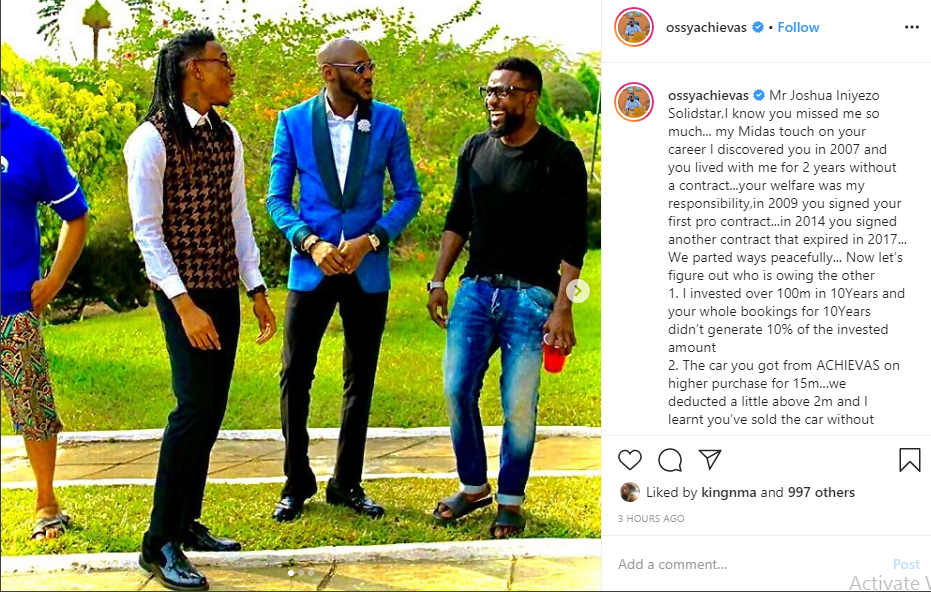 Read Also:  My son won’t stop referring to my little daughter as a boy – Mercy Johnson
Please Share this: