DJ Timmy has stated that he was forced by rapper Yung6ix to buy a Mercedes Benz worth N11 million just so he could join his clique. 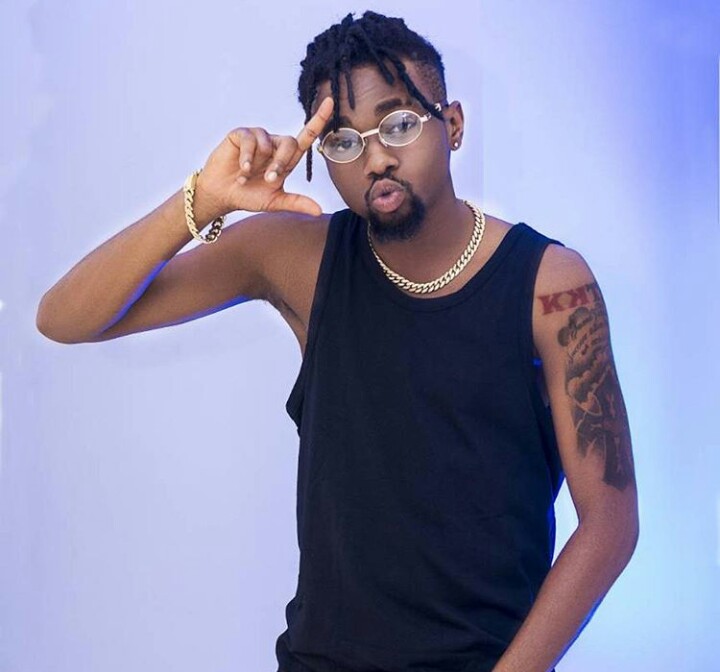 DJ Timmy who made the revelation in a series of tweets also revealed that he was forced into depression because the decision made him broke.

Read his story below ;

I fell into depression. Lost everything I owned including My Benz, went back to level 0, bought sniper last year to end my life, wrote a suicide note, lost Relevance.

I lost myself because I was hyping a Never do well. I left my family to support the bastard, spent all my savings on trying to live a stupid lifestyle and he NEVER HAD PLANS FOR ME. Do I release the 2 hour voice call he made to me where he accepted he LOOSE GUARDED ME?

Yung6ix forced me to buy an N11m Benz (which I obviously didn’t need) and told me I won’t be able to be walking with him if I didn’t get it. Out of N13m I had, I went to buy a hopeless Benz that didn’t last 6 months. He Encouraged me to stay in a N2.5m 3 bedroom flat in chevron

He emotionally blackmailed me & never encouraged me to save till I went FLAT BROKE & he left me wanting. Why did you think I left him? He never supported my music or wanted to see me SHINE. Very selfish bastard

At the end of the day I don’t blame him, I blame myself for LISTENING TO HIM because I had the chance to leave. He drops a song and I post it 50 times, I drop a mixtape and he post it on his Instagram Story wow

Read Also:  Photos of Governor Seyi Makinde with Davido, 9 days before he tested positive for Coronavirus

You need me to say more? Talk about his debts?

I follow 6ix to shows as his Hypeman and I double as Manager(carrying his bags) & Security. Was it not after i left him he was beaten like a thief at the Bar beach?

Should we talk about how he HATES YORUBA people and how he can’t stand them? Don’t get me started pls

Should I release a screenshot all the money I have sent to his account as dashing money? They pay him 500k for a show and he will credit me 5k to “buy fuel” I never made money from being his DJ, I only enjoyed free flights & hotel paid for my show promoters.

Thank God for my Family who supported me and those who talked me out of killing myself Becuse I felt like a FAILURE. But I have learnt my lesson and that’s what’s important.

I am Not blaming anybody. If you read the thread, I acknowledged my Mistake. I just needed to get that off my chest

I am doing better and that’s what matters. Whoever is blaming me has once made mistakes and is currently making one !

LIFE HAS HUMBLED ME

I don’t need pity. I don’t need to trend . That’s not the issue here . Have you learnt anything from this episode? That’s the Koko

I have left entertainment for a while and focusing on getting back on my feet. Took me over 1 year but I shall get there”.