Nigerian rapper, Zlatan Ibile laid a deep curse on a female fan who insinuated he was fading away from the Nigerian Music scene.

It all began when Zlatan jumped on a trend #TheMatter on Twitter, claiming he is about to release a song about different trending topics in Nigeria. 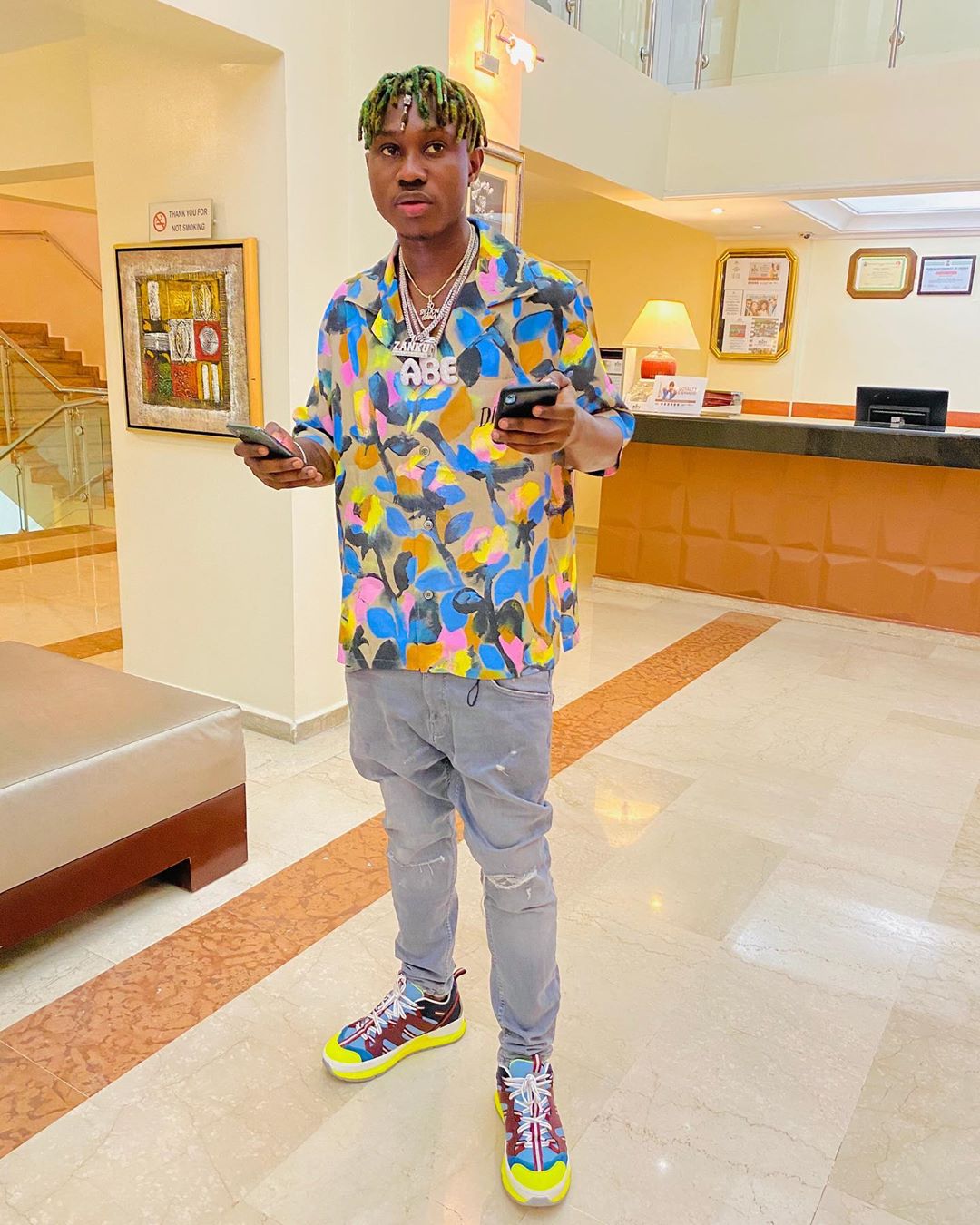 Zlatan’s tweet elicited mixed reactions as some hailed him for being proactive with his music while others couldn’t care less.

However, a lady slammed him, saying he will soon fade and that people should wait for another hot upcoming artiste.

Read Also:  Toyin Abraham Calls Out Abike Dabiri For Blocking Her On Twitter After She Called For The Release of Arrested Protesters

Zlatan replied;
“Just as you go find your period and you no go see am till eternity and nobody go fit solve #TheMATTER” 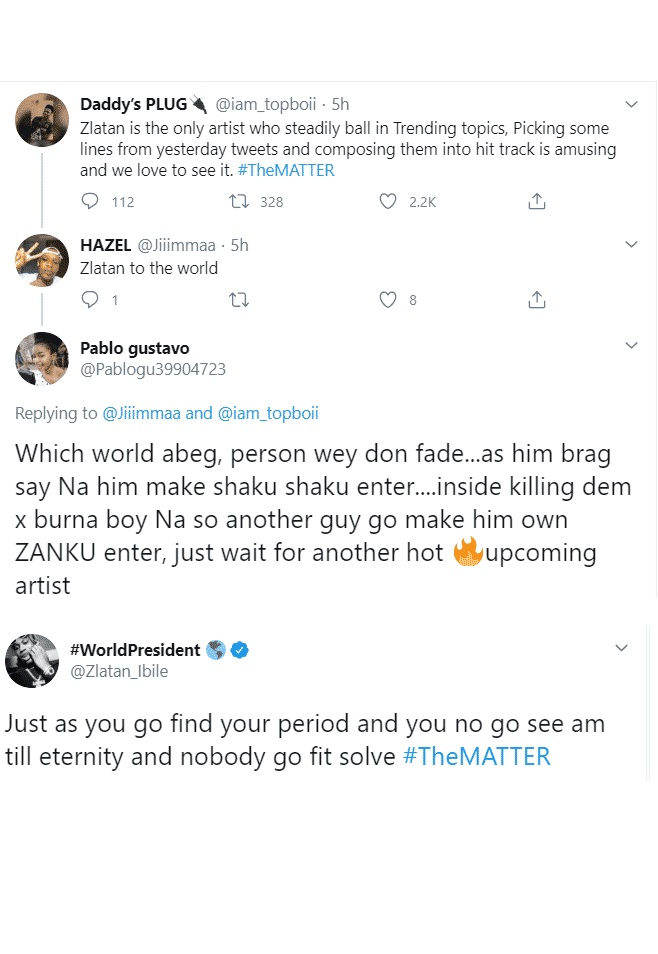